One of the big questions when TTC is…….when do we DTD (do the deed)?

Every woman’s cycle is different, but generally ovulation occurs on day 14.  It could, however, be as early as day 10 or as late as day 20.  As ovulation approaches, estrogen levels rise.  Around day 12 or 13, estrogen reaches the highest point, which causes the pituitary gland to produce luteinizing hormone (or LH) and that is what causes the release of the egg.

An ovulation prediction kit (or OPK) tests for that surge in LH.  Once the surge has occurred, ovulation will occur within 24 hours.

Make sure you start testing before you expect ovulation to occur, so that you do not miss the surge.  The test is unlike a pregnancy test in that there are always two lines.  Just because you have two lines does not mean you are having your LH surge.  A positive test is when the second line is as dark or darker than the control line.

Test daily.  If you get more than one positive OPK, then it probably means your first one occurred right before ovulation, and the second one right after ovulation.

Also unlike a pregnancy test, it is not recommended to test first thing in the morning.  The LH surge starts in the morning and builds throughout the day, so generally the best time to test is mid to late afternoon.  If you are not positive when you ovulate, you can even test twice a day (morning and evening) to make 100% sure you do not miss your surge.

To maximize your chance of success, I recommend DTD once or twice before you expect ovulation, as there is about a 3 day window in which you can get pregnant.  But once you see that positive OPK, it is definitely go-time!  If you can’t DTD any other day, make sure this is the day you do! 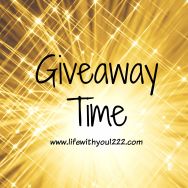 I am giving away a pack of 20 Wondfo ovulation predictor strips!  Click the link below to enter via Rafflecopter! 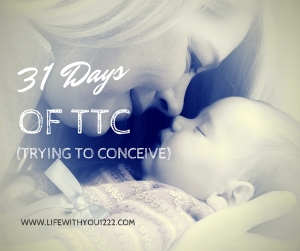 One thought on “Ovulation Prediction Kit and GIVEAWAY”