Well…we did and saw so much this week!  There will be a bit more pictures this week then last week, although I will still post only highlights.  If you’re not interested in scrolling through pics…that’s okay.  You don’t have to.  😉  (Shh…I often times scroll quickly through other people’s picture posts!)

We visited our sister-in-law, nieces, and nephew in Nebraska.
J, The Pilot’s brother, was deployed at the time, but he is back now!
We will go back by Nebraska next week to see him and the family again! 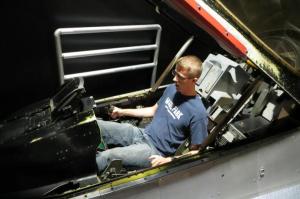 …visited the Air Force museum in Dayton, Ohio, where we
sat in an F-16 cockpit, saw one of the Wright brothers original
airplanes, looked at huge missiles, and stared at countless other
planes from WWI to present day.  Oh, and my personal favorite…. 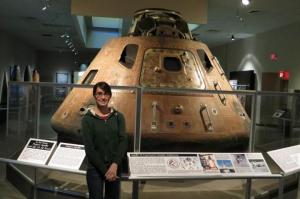 …the actual command module from Apollo 15!!

From there we visited Niagara Falls!  It was gorgeous! 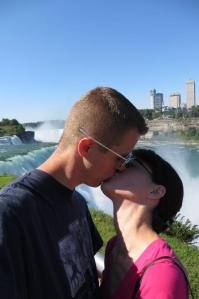 We kissed at Niagara Falls… 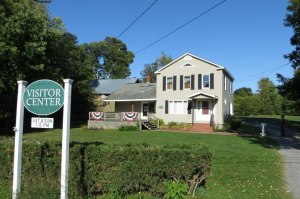 and visited the Gerrit Smith estate in Peterboro, New York.
This was amazing!  He personally gave $8 million dollars to free slaves
and help other abolitionists.  Countless people came through
and stayed at his house…slaves, poor, sick, etc.

In Lexington, we went on part of the Battle Road trail, which is a 5.5 mile
trail over part of the ground where they fought on the first
day of the Revolutionary War. 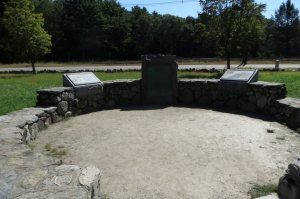 This is the site where Paul Revere, William Dawes, and Dr. Samuel Prescott,
ran into British soldiers.  Dawes and Prescott escaped, but Paul Revere was
detained.  A few hours later he was released.

The Old North Church!  One if by land, two if by sea…

Took a tour of Louisa May Alcott’s house.  I hadn’t known that Little Women
was based on her real life!  Interesting fact: she made more money from her writing
than Mark Twain!

Saw the Atlantic Ocean for the first time! 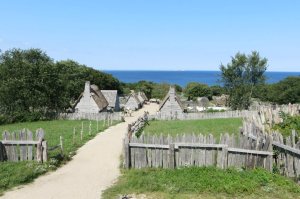 Saw the rock where the Pilgrims carved out the year they landed. 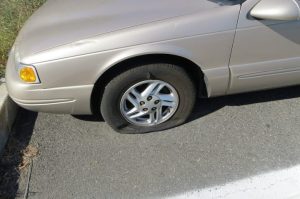 Had a flat tire on our way into NYC…. 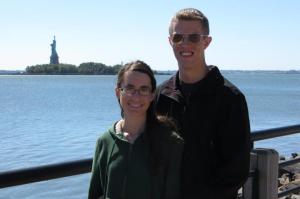 …saw the Statue of Liberty… 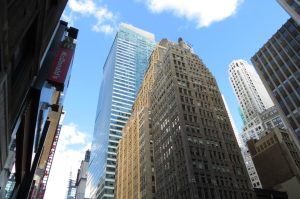 …and went to a very sobering memorial for September 11.

There are a few highlights from our second week of travel!  Today we are driving through Pennsylvania to DC.  So exciting!